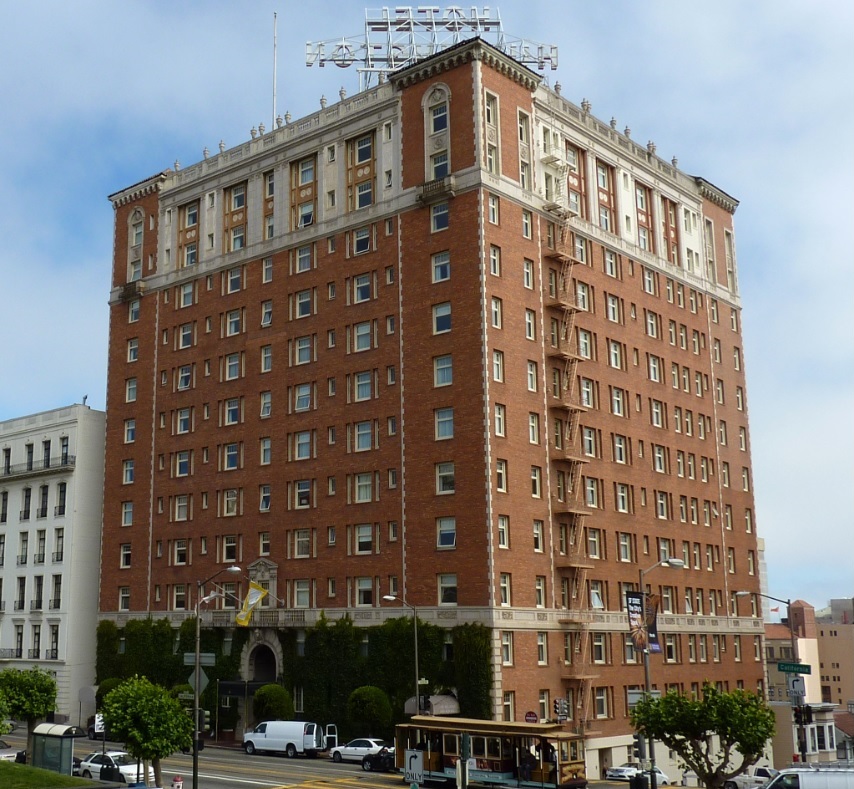 SAN FRANCISCO — One of San Francisco’s historic hotels, nestled atop a famous hilltop, has tumbled into a loan default that means the property faces foreclosure on its delinquent financing, public documents show.

The loan that’s in default totals $56.2 million and was provided by Deutsche Bank New York Branch, which is seeking to foreclose on the delinquent loan, according to the San Francisco property records.

The financial woes and the mortgage delinquency that have engulfed the Huntington Hotel are reminders that the outbreak of the coronavirus continues to afflict the lodging, travel, restaurant and leisure sectors, sometimes in unexpected ways and places.

San Francisco’s economy in particular continues to reel from the aftermath of the business shutdowns ushered in by state and local government officials in their quest to combat the spread of the deadly bug.

In an odd twist, the amount of financing provided at the time of the purchase exceeded what the borrower, an affiliate of Woodbridge Capital, paid for the hotel tower, public filings show.

Including penalties, late fees and unpaid interest, Deutsche Bank claims that the Woodridge Capital affiliate owes the lender a total of $61.1 million, the default notice states.

The hotel originally was constructed in 1924 as the Huntington Apartments. At the time it was built, the structure was the first steel and brick high-rise west of the Mississippi River.

The San Francisco Tax Collector has lodged a notice of a tax lien against the property, according to a filing posted on Sept. 9.

In a fresh indication that the hotel has toppled into tough times, the lodging operator says the facility has closed its doors for the moment.

“Nob Hill Spa, Big 4 Restaurant, and Huntington Hotel will all remain closed until further notice,” according to a post on the lead page of the hotel’s website.

It’s not currently certain, however, when — or if — the hotel might open its doors, or if the restaurant or spa will resume operations.

The hotel operator touts the amenities and the luxury setting of the Huntington.

“The Huntington Hotel specializes in providing modern amenities and convenience within a historic space,” the website states.

“The Huntington Hotel,” the building’s website states, is “in the middle of the most exclusive and exciting neighborhood of San Francisco.”

(NewsUSA) - For a truly distinctive experience, Israel stands out as a dream destination that should be on everyone’s top travel list. For the …

(NewsUSA) - Mammograms. Colonoscopies. Dental Cleanings. There are many diagnostic exams that we may not enjoy; however, we follow the prescribed …

(NewsUSA) - Whether you are at the gas pump, the grocery store or even shopping online, the higher prices resulting from the current state of …

BookTrib’s Bites: Stock Up on Some Great Summer Reading …